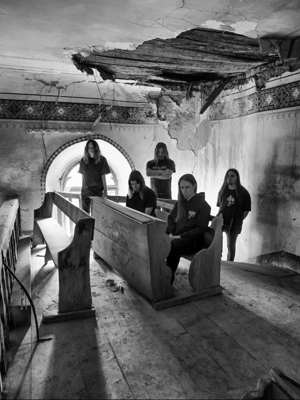 2009 – Featuring ex-members of DISSOLVING OF PRODIGY, SILENT STREAM OF GODLESS ELEGY and members of PANYCHIDA and OBLOMOV, the band released its first EP Lacrimae Rerum (2009, self-released)

2011 – Debut full-length album (“Cupio Dissolvi”, 2011, Parat prod.) is released. The album received several positive reviews and EM ranked second in the 2011 edition of the “New Artist of the Year” Czech rock/metal publicists awards and played scores of gigs both in the Czech Republic and abroad, sharing the stage with such bands as MOURNFUL CONGREGATION, ESOTERIC, SATURNUS, WORSHIP, AHAB, ISOLE or OPHIS and performing at prestigious festivals such as BRUTAL ASSAULT, GOTHOOM OPEN AIR (SK), DARKEN THE MOON (BE) and CZECH DEATH FEST.

2014 – In 2014 the band released its second full-length CD “Ex Nihilo In Nihilum” under the Russian doom label Solitude productions. The album was nominated for the Anděl Awards (Czech music awards issued by the Czech Academy of Popular Music) and ended up third in the Břitva awards (Czech rock/metal publicists awards) for the best album of the year. Honza leaves the band and is replaced by Pavel Janouškovec.

2016 – In 2016 “Ex Nihilo In Nihilum” is released on LP by Minotauro records. Pavel leaves the band and Honza from the Pilsen black-metal band Sól joins our ranks.

2021 - planned release of the new album “Tamashii no Yama”

Soundtrack for the absurdity of life and triviality of man. 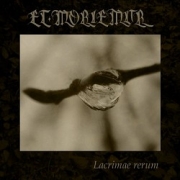 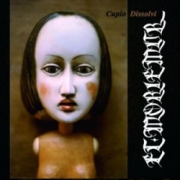 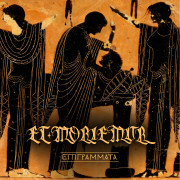